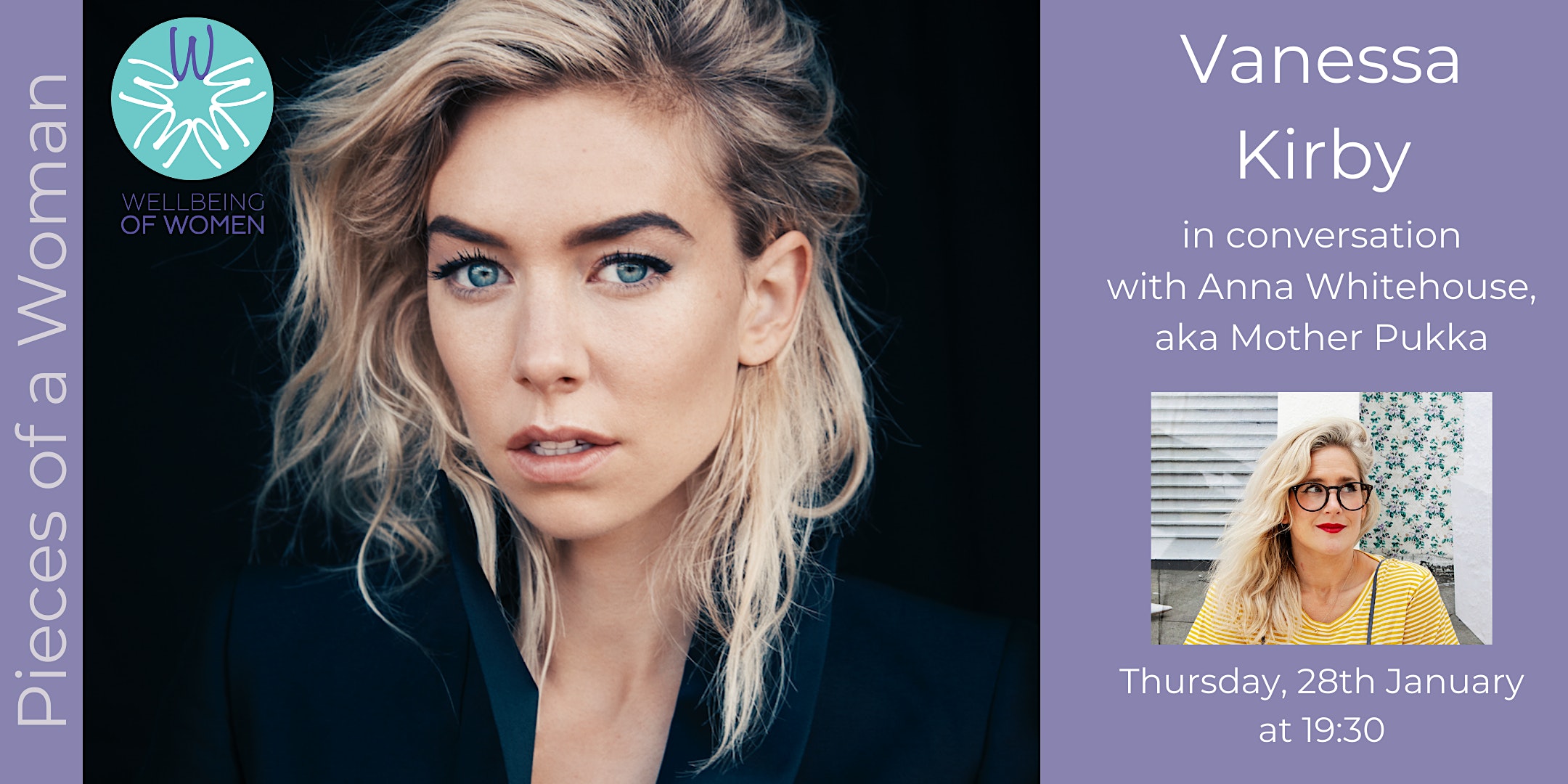 Pieces of a Woman , which was released earlier this month on Netflix, is a deeply personal, searing, and ultimately transcendent story of a woman learning to live alongside her loss.

Following many iconic roles – from Estella in Great Expectations to Stella in A Street Car Named Desire on Broadway – Vanessa will share what it’s like to portray a mother who loses her baby shortly after giving birth.

Bestselling author, campaigner and presenter, Anna Whitehouse, who has talked openly about her own experience of baby loss in the 2020 Channel 5 documentary ‘Miscarriage: Our Story’, will talk to Vanessa about how it felt to play the role of Martha, her career to date, favourite roles – including her award-winning performance as Princess Margaret in hit series The Crown – and plans for the future.

Join these two brilliant women, each an inspiration and force to be reckoned with in their own rights, for what will no doubt be an exciting and thoughtful conversation. Tune in on Thursday 28th January at 19:30.

Have a question for one of our speakers? Email events@wellbeingofwomen.org.uk before the event and they’ll do their best to answer your questions during the session.